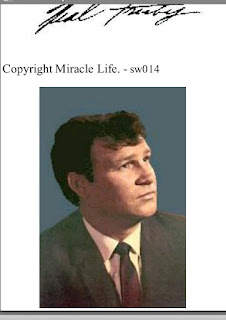 USA and it's New President 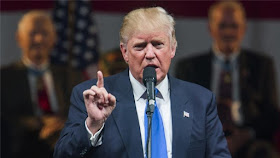 As USA begin a New Year with a new president there are some strange facts in history that we will try to cover. Elected in 1928 a republican president named Herbert Hoover took office in early 1929. The stock market crashed Oct. 24, 1929. He had complete control over the House of Representatives and the Senate. And now 88 years later in 2016 Donald Trump was elected president of the United States, also controlling the House and Senate. He will take office Jan. 20, 2017. At present time the world is in a financial crisis with the U.S. debt of 20 trillion dollars. But far beyond that and much worse is the unfunded liabilities of more than $100 trillion as well as a derivative market that is more than $1.5 quadrillion. We are in one of the shakiest financial conditions, not only affecting the United States but the entire world. As I was writing this letter there was a great opposition to the Trump presidency. They were trying to steal the presidency from Donald Trump. They appear to have failed, As of Dec. 19th the electoral votes confirmed Trump as president, let us take a look at the future that will affect the United States and the world on a major scale.

Now we will look at some prophecies that Neal Frisby wrote in 1967, these prophecies are not a matter of if, but of when! (And I perceive that the time of fulfillment of these Prophecies is now)
“A future president will be elected that shows warmth towards religion and the poor. Most of the people will love him. His deeds for the less fortunate and religion will move the people. His insight will look good. He will for a while be able to work with our enemies better than past executives. He will be similar to J F Kennedy only wiser and friendlier. But unknowingly he will make fatal move.”

Let's look another prophecy by Neal Frisby in 1967...
"A UNITED STATES PRESIDENT – will rise, He will look like a good man, the people as a whole will love him. For he will be considerate at first, and does much for the poor and religion. He will say come together as one, and carry on with each his own doctrine as before. (Then they move towards uniting church and state) I was surprised to see so many foolish Protestants fall for this. And it looked good to the people and to him, but the anti-christ tricks him and the people later. Now a strong law is passed and a strong delusion sets in. Tribulation starts – Watch, I come quickly!"

Now, in one of my analysis last year, we looked at some speech of Donald Trump about unity and working together. Based on his Religious background, he might be a vital tool in uniting church and state, as we have in UK and some European countries. If this happen during his tenure, then the time for the rising of the Antichrist is very short. So, watch closely.

This is another prophecy by Neal Frisby in 1967...
–“Several major quakes will rock California’s coast. This will lead into a major catastrophic quake. Parts of California will float into the sea! Death rate and property damage unbelievable.”Continuing… GREAT EARTHQUAKES, EXTREME WEATHER–“The Lord shows me the earth axis is changing by his command. As earthquakes increase all over the world, California will receive many severe quakes. Then afterwards San Francisco and Los Angeles will be destroyed as a major part of California slips into the sea. Millions die as California becomes a feeding ground for sharks.Watch! Before this happens huge islands will appear off our coast out of the sea as a sign of Christ soon return!–Weather will completely change also as the earth axis turn mammoth hurricanes, floods, tornadoes. The climate will affect crops of the whole earth. In all this God is speaking to man. He knows it but will not turn from pleasure.”

There is no doubt that the weather conditions of this year all over the world will change. We should expect mammoth hurricanes, floods,tornadoes, Earthquakes, etc. Keep watching and praying.

I have some future writings coming on the secret societies that have infiltrated into all facets of life as well as politics and religion. They have a master plan to bring about one world religion and one world government.This secret society is deeply involved with the Illuminati, the Masons, the Bilderbergers as well as the Order of the Jesuits. They have had a grip upon the world’s financials and resources. Some call them the elite. They control all news and the entertainment world. In the future we will go into what they do in the secret society. They are the most immoral and corrupt group of individuals in high places. In 2017 they will begin to be exposed for what they really are. End Time Hub will also revealed some insight about them. But seemingly the world is so unaware they will be caught off guard.– Luke 21:35 & 36 says, “For as a snare shall it come on all them that dwell on the face of the whole earth. Watch ye therefore, and pray always, that ye may be accounted worthy to escape all these things that shall come to pass, and to stand before the Son of man.”

Another prophecy from Neal Frisby’s library states:
"The Lord shows me to trap many Pentecostals, satan devised a clever snare during this Revival. During the outpouring many Catholics and Nominals came over among the wheat (true believer) and some received the Holy Ghost, but others received nothing and are a counterfeit. Satan has to become just like the real thing in order to deceive the foolish. They are part of and have fellowship among our Pentecostal Organizations today. The counterfeit ones are what helps to persuade and convince many of the Pentecostal Leaders into joining the World Protestant movement. More will pretend to be filled with the Spirit as satan leads them, but satan will not fool the Wise. Although tongues are for a sign, and wonderful the Wise won’t go for tongues alone, but every Word that proceedeth from the mouth of God–Amen! Satan does this to convince them to go into the Confederation, but the Bride will not be deceived. “THUS SAITH THE LORD!” God’s Bride Revival will be outside the Confederation. In the name of the Lord Jesus Christ, I speak this.” Ps. 46:10, “Be still and know that I am God.” End quote.

We can see this Fulfilling in our eyes, many Pentecostals organization has been infiltrated with counterfeit leaders, it's now you hear about pastors involve in sex tapes, fornication, pregnancy before marriage and they insist they are not stepping down. If you find yourself u  such church organization, the only solution is to come out from them, that's Babylon for you. All these counterfeit ones has begin to mislead many Pentecostal leaders. All this will lead o one world religion, that the Antichrist will take over. But the Wise virgins will stand alone.

For more on Neal Frisby Writtings and Prophecies, Log on to www.nealfrisby.com

Finally, there will be changes in world leaders in many countries this year, like France, Germany and Italy. Infact between 2017 and 2022, world leaders will change, we need to watch the type of leaders taking over in different countries, especially the world powers like Germany, France, Italy, Russia, China, UK, etc. Because they are of great importanceiin this End of time. 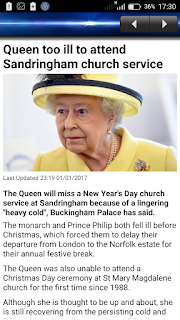 Stay Connected to our websites for our teachings and articles.

DOMINALTI for CHRIST
On Behalf of End Time Hub!!!